A few months back I signed up for an event called MomsTri. – a Sprint Triathon put on by moms for moms! It seemed like a fun event to do with other local moms in the community…a non competitive Sprint Triathlon – swim, bike and run…I could do it. I’ve never done anything like that, before and I’m all about trying new things..so I said why not and signed up for my first Sprint Triathlon.  Well, the months went by and the only training I did was coach an after school girls running program called Girls on the Run which would totally prepare me for the 5K portion of the tri…but other than that…I just continued on with my at home workouts.  As of this past weekend, I hadn’t been in a pool or even so much as gotten my bike out of the garage!  But up until Saturday..I had it in my mind that I was gonna participate even if I had to use a kickboard to do the swimming portion and bike super slow.  I was planning to buy my tri suit, get my bike tuned up and do a little trial run this week. 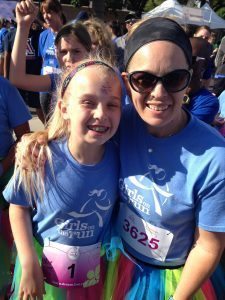 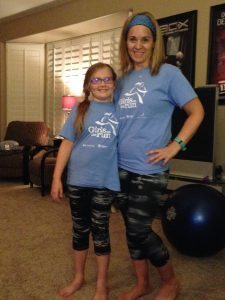 But then everything changed over the weekend.  On Saturday, April 30th, we had our Girls on the Run end of season 5K.   We had been preparing for this for months and I was ready! I have completed several 5K’s as well as 3 half marathons over the years so I wasn’t someone who was totally new to running.  But I must have pushed myself too hard because when I got home from the run on Saturday afternoon something just didn’t feel right with my right knee.  I’ve never felt knee pain like I had even after my half marathon.

So after posting on Facebook for some advice, I proceeded with the RICE method (REST, ICE, COMPRESSION and ELEVATE) for Saturday afternoon and evening.  On Sunday morning…it felt a little better but wasn’t 100% so I did some more RICE and took it easy.

Over the last couple days I was thinking about the upcoming MomsTri event on Saturday, May 7th and wondering…should I do it, or should I not.

I’m the kind of person keeps her word.  When I say I’m going to do something…I do it. So by not doing the Sprint Triathlon, in my head I was failing. But then I had to question WHY I wanted to do the event in the first place?  Did I have a burning desire in me to do a Sprint Triathlon…no. I’ve never written it down as a bucket list item or anything.  Before this community event, the thought really had not even crossed my mind enough for me to sign up for one.  So WHAT was it?

And then it hit me…I wanted to do the event because I wanted to be PART of the event.  I knew so many ladies who were going to be participating that I fell into the “me too” mindset. I mean so many women that I look up to an admire for different reason were going to be doing this too and I’m all about surrounding myself with awesome people!  Plus if I get right down to it…I didn’t want to miss anything! This totally is part of my personality.  In all of the personality profiles I have done, I’ve learned that I am someone who likes to be part of a cause, a community, team or whatever…someone who wants everyone to get along and sing songs around the campfire so to speak!  I would never participate in a Sprint Triathlon to WIN or because it was gonna be like a big party like other personalities might!  The fun in it for me was just being around a bunch of cool people! 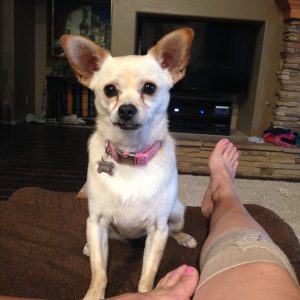 After talking to my hubby, I had told myself I would see how my knee felt by today (Tuesday) and decide whether or not I would participate in the event.  Even though I know it is getting better, and it may feel good by Saturday, its not 100% better now.  I still feel a little bit of pain when I put pressure on it and I had to modify several of the moves from my workout today. I would not have any time this week to really prepare and if I did…there’s a chance I could mess it up even more.

As much as I’d LOVE to be able to experience the event as a participant…I have to do what I would recommend to any of my clients and that is to “listen to your body.”  If something doesn’t feel right…then don’t do it.

So I have decided to NOT  participate in the MomsTri this weekend.  Sure, I’m bummed and I know that I’m probably going to feel like I’m missing out when I see all the amazing moms out pushing themselves to accomplish something they’ve been preparing for physcially and mentally..but there are reasons why my knee got jacked up on Saturday.  I don’t know why but maybe there’s a lesson from God somewhere in here that I have to learn…I’m just not sure what it is yet!

I want to wish all my mom friends who are doing the MomsTri this weekend the best of luck…you are all going to do amazing!!