On October 2nd, I was personally invited via Facebook messenger by my friend Barb to attend a local Helping One Woman – Goodyear, Arizona event. I had never been to an event before and didn’t know the recipient but wanted to check it out to see about becoming a sponsor for my friend Kathryn Kronz Faber.
Read about a blog I wrote about stepping out of my comfort zone HERE.
Here we are one month later. Our sponsoring team was able to pull off a pretty awesome event and raise almost $10,000 for Kat. 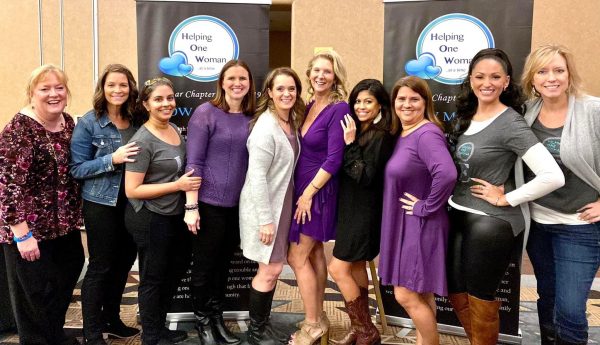 Huge thank you to the HOW team for not only bringing this organization to the west valley, but being incredible hosts for the evening! It was nice to be able to enjoy the event without having to worry about the logistics of the night. It was like once the event started, our work in promoting, securing donations and helping setup was done!

The Real MVPs for this event 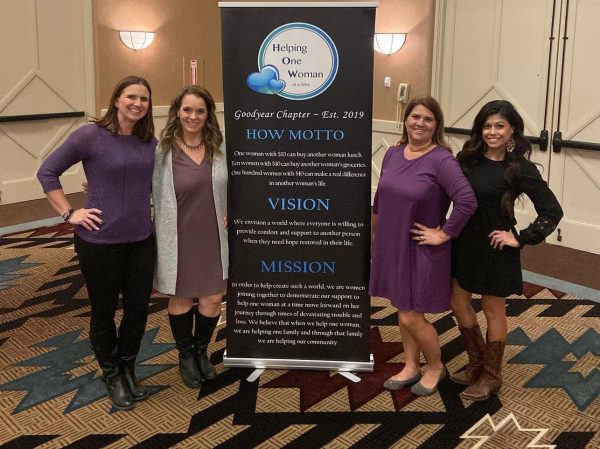 And now for a few special shoutouts because there is absolutely no way on earth that I could have (or would have wanted to) be the only sponsor for this event! First off, to Megan Trainor McKinley. It was Megan who not only rallied ladies at her table last month to also nominate Kat but who assured me that I would have help if I put my name down as the sponsor (one person can be written down on the nominating form as the sponsor). And she did. Couldn’t have put on the Helping One Woman event without her.
Clarise M. O’Connor put together the awesome floral arrangements and secured some great raffle prizes.  I mean just look at these floral arrangements.

I finished off the look by added the frames with family pictures. They contained pictures and a short bio of Kat/Eric’s kids and/or how they met.
Denise Kowanetz brought such great attention to detail and expertise in fundraising which made our raffle/silent auction come together so nicely. She got some pretty cool raffle items too.
Lisa Pineda Conklin secured so many awesome raffle prizes and was always there to do “whatever was needed”.  Kimberly Camarillo was not only awesome about sharing out posts on social media but who (I think) originally thought of Kat as a recipient for this event but couldn’t attend in October. So Barb reached out to me to see if I’d be interested in attending.

The Community comes together for Helping One Woman 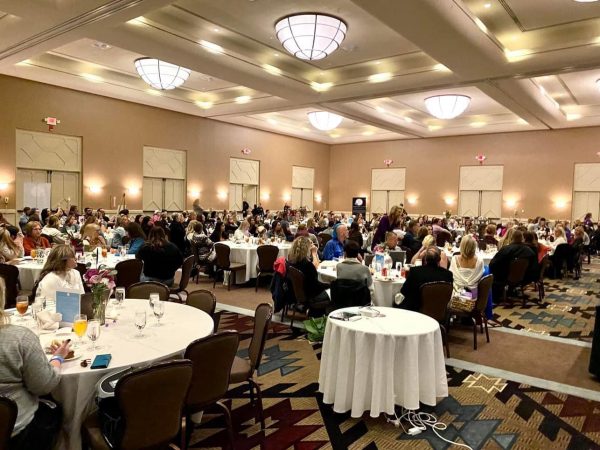 There are so many other people to thank for making this a great event last night. From all the awesome people and businesses who gifted donations for the raffle/silent auction to the staff/volunteers at The Wigwam, you’re much appreciated.  One in particular I wanted to shoutout was Tiffany from Miss Tiff’s Caramel and Confections who showed up unexpectedly at the event with chocolate caramel pretzels for nearly every seat in the house!

I didn’t take very many pictures so I had to borrow some from friends…pretty sure they won’t mind! I can’t wait to see the awesome pictures that my friend Heather Rodriguez-Eaton volunteered to take during the event) 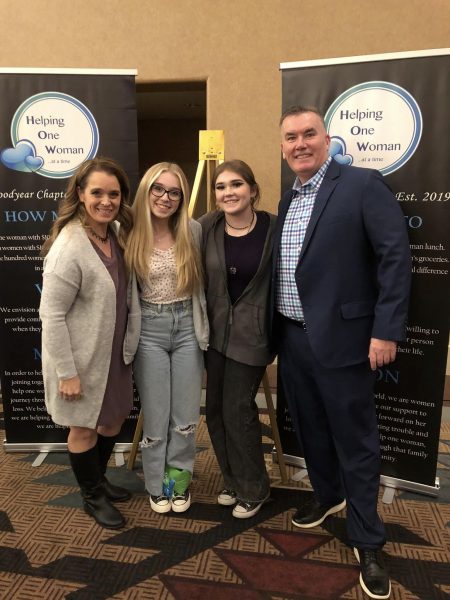 It was awesome to see the community come together to honor our friend Kat! Can’t wait to attend the next event in January where another local woman will be honored as the recipient.
Until tomorrow’s post…