The Scrunchie Sisters are my two teenage daughters!

In April of 2019, I walked into my youngest daughters room, who was 12 at the time, and found her using a needle and thread to make a hair scrunchie! I honestly thought that scrunchies were a thing of the past!  But nope, she told me they were getting popular again!
She told me she came across someone on social media who was making scrunchies by gluing the fabric together and so she thought she could try sewing some by hand! So crafty of her! When my oldest daughter saw what she was doing she tried to hand stitch some but got frustrated. I suggested she try the sewing machine and she made one pretty quickly. Sydney realized that sewing them on the machine was more efficient and made the look more professional. The idea for a shop called The Scrunchie Sisters was born!

After several were made, I posted them out on social media. they were well received. Soon thereafter we decided to open an Etsy shop. It was a platform I was familiar with and had used the past when I was making and selling crayon wallet, reusable snack bags and key fob keychains.
I found a couple of my old posts from Facebook during the first few months of when we started selling! 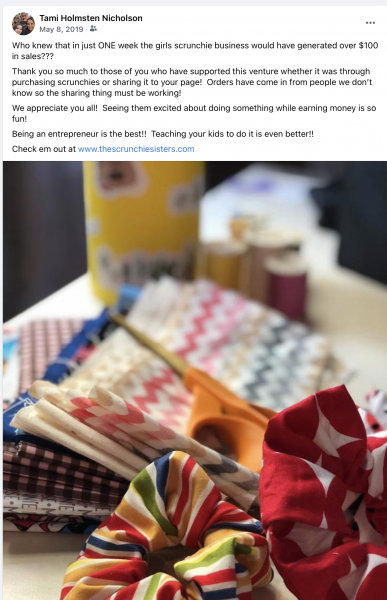 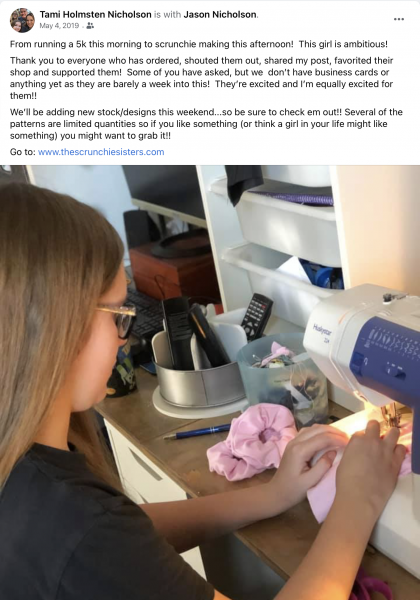 My youngest daughter does the majority of the sewing while my oldest packages and ships orders! It’s been a great way for my girls to earn some spending money and for me to spend time with my teenage daughters! (Any moms of teenagers will understand)
Its been a little over 3 years that we’ve been at this and I’m so proud that the girls have not lost interest completely.  And now that our Fall market season is here, which will take us through the holidays, I know we’ll be busy!  Here’s a pic of our very first vendor event in June of 2019! We only had a six foot table and minimal decor! 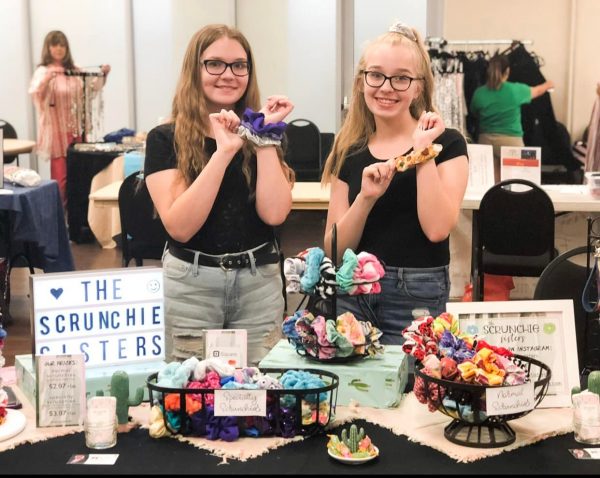 But it has evolved over time. 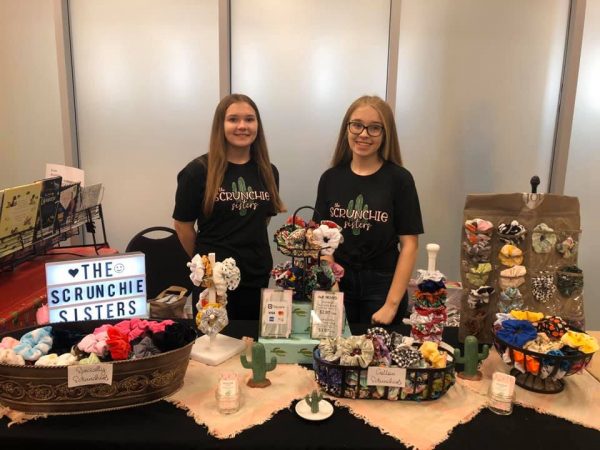 This was our first event back after taking a hiatus from events during covid. 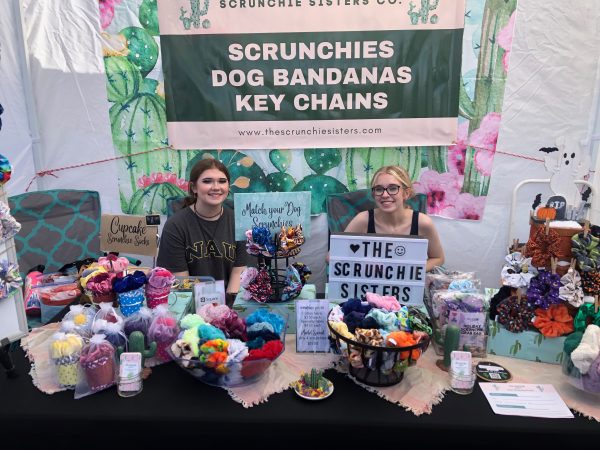 And this one is from our event yesterday!

Offering more and more as we go

Since we started setting up at vendor events in June 2010, we’ve not only upgraded our booth, but we’ve added Key Fob keychains (that Sydney makes completely on her own)  and I started making dog bandanas!  More on how those came about as well as how we made these displays in another post! 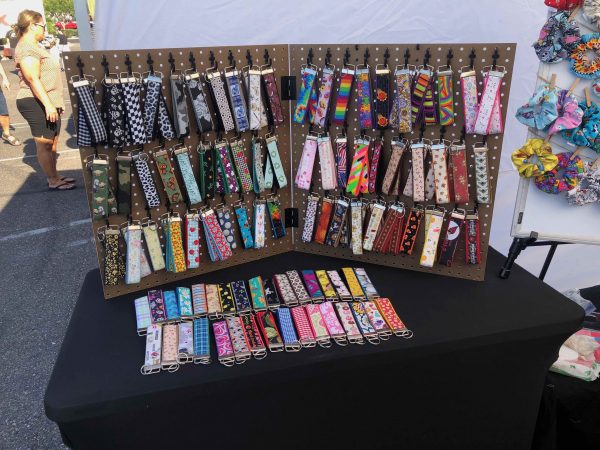 I don’t know what will happen with The Scrunchies Sisters shop when both girls graduate high school in a few more years. I guess time will tell. For now, I’m going to savor the time I get with my girls every Saturday (except for a few here and there) from now until April!
Until tomorrow…