I guess it was time to get a colonoscopy

At my annual doctors visit earlier this year, (it had been a few years with COVID) I was told that the new recommended age to get a colonoscopy was 45. Since I’m inching close to 50, I thought I’d go ahead and get one scheduled. At that point, I really hadn’t given it much thought, so I made the appointment for the consultation with Southwest Gastroenterology.  They were all very nice and explained everything!  The appointment was set for late April. My reason of getting a colonoscopy was purely preventative. I didn’t have any signs or symptoms, (or family history that I know of) was would have prompted me to get one.

At the beginning of April, I decided to commit to a new “gut health” program that Beachobdy had come out with.  Since I knew there was a 3-4 day prep period that went along with the colonoscopy, I rescheduled my appointment for May 11.  They warned me in the office that if I didn’t follow the Colonoscopy Prep instructions, they might not be able to get a good reading and I’d have to repeat the procedure.  So me, being the rule follower that I am, took the prep instructions seriously!

I had very little knowledge of what was involved with a colonoscopy before setting my appointment, but even less knowledge of what was involved in the preparation for one.  When you set your appointment, your doctor will likely give you a set of instructions to follow and I’d highly recommend that you follow those as outlined.  I am simply sharing my experience so you can get an idea of how it went for me!

The 3-4 days prior to the day before your colonoscopy, my instructions were to follow a LOW FIBER diet.  Meaning no raw fruits and veggies, limited cooked veggies, no nuts, wheat, grains or anything with much nutritional value.  Mind you,  I had been following a gut health program where I was eating 30+ different plants per week, not eating gluten or dairy and now I was being told to do almost the complete opposite.  It felt like I was undoing all the hard work I had put in the previous 30 days!  On a side note…following that gut health program, I was able to drop 8 pounds in the month of April.  So mentally, doing a low fiber diet felt wrong to me!  But I persevered and made it through the 3 days!  That was nothing compared to what was to come!

I made a few Instagram Reels documenting the prep if you want to check those out!

The Day Before the Colonoscopy

So the idea behind the this whole Colonoscopy prep is to clean out your colon so when the gastroenterologist does the procedure they are able to see any abnormalities/polyps in the colon.  The closer you follow the guidelines, the better they can do their job! The before my colonoscopy I was instructed to not eat any solid food and stick with mostly clear liquids!

Here’s a bit of the run down of what liquids I consumed that day!  I started with warm lemon water, black coffee with some sweetener, some hot tea, and my all natural pre workout!  After my workout, I did indulge and had my superfoods smoothie but only prepared it with water (I normally add peanut butter, frozen cauliflower and almond milk)  I figured that would be my only really nutrition that day so I made sure to have it well over 24 hours before my procedure.  Later in the day I did have some hot chicken broth and a mint mojito flavored carbonated water along with a few popsicles. But the real prep work began at 2PM when I had to drink the first of the laxatives…20mg of Ducolax and a bottle of magnesium citrate.  The ducolax tablets are tiny so that wasn’t a big deal, but the bottle of stuff was kinda syrupy.  I found that it went down much smoother with a straw!  It just said to continue with liquids and stay hydrated.

2 more reels for you to check out!

Things were pretty uneventful until between 5-6 when I had to drink 32 ounces of light colored gatorade mixed with a half a bottle of Mirolax.  I felt so full of liquid already that this was super hard to get down.  I don’t think I even drank all of it because I started to feel like I was gonna puke….luckily I didn’t.

A night on the couch…and in the bathroom

This was BY FAR the worst part of the whole prep process.  People told me that the prep was the worst part and I thought it was just because you weren’t allowed to eat any solid food.  Honestly, not eating solid food wasn’t even that bad. I think it was because I kept myself full of liquids.

The absolute worst part for me was after 9PM to about 7 AM the day of my colonoscopy where I had to keep making trips to the bathroom.  Some say to just camp out in the bathroom and they’re not wrong.  I’m not sure I would have wanted to do that because in all honesty, it wasn’t THAT bad for me…it was maybe a trip to the bathroom every hour or two.  I did opt to sleep on the couch so I wouldn’t keep my hubby awake. Well, and the couch was closer to a bathroom than our bed was.

6 hours before my procedure was when I had to drink ANOTHER 32 ounces of Gatorade mixed with the other half of the Mirolax.  So I did wake up at about 5:30 to mix that up.  Feeling like total crap at that point, I attempted to drink it but honestly only got about 1/4 of the way done with it and I just couldn’t. I read through my instructions again and felt like I was already cleaned out and where I needed to be so I didn’t finish it.  Drank some water and was able to get a hour or two of sleep!

Keeping myself busy before the Colonoscopy

By the time I woke up from my mini nap, I felt so much better.  I felt pretty normal, had energy and used that time to clean up the kitchen in case I didn’t feel like it when I got home!  I was just happy to be done with the worst part!  When my hubby and I got to the surgery center,  I honestly thought it was a simple procedure that you have done in a doctors office.  But no, it was kinda a big ordeal. I got a hospital bracelet, gown, an IV, the whole nine yards! I guess its because I was put under a mild anesthesia for the procedure. In talking with others what have had a colonoscopy, all doctors do things differently and some people choose to be awake for the procedure.  I don’t think I would have wanted that. 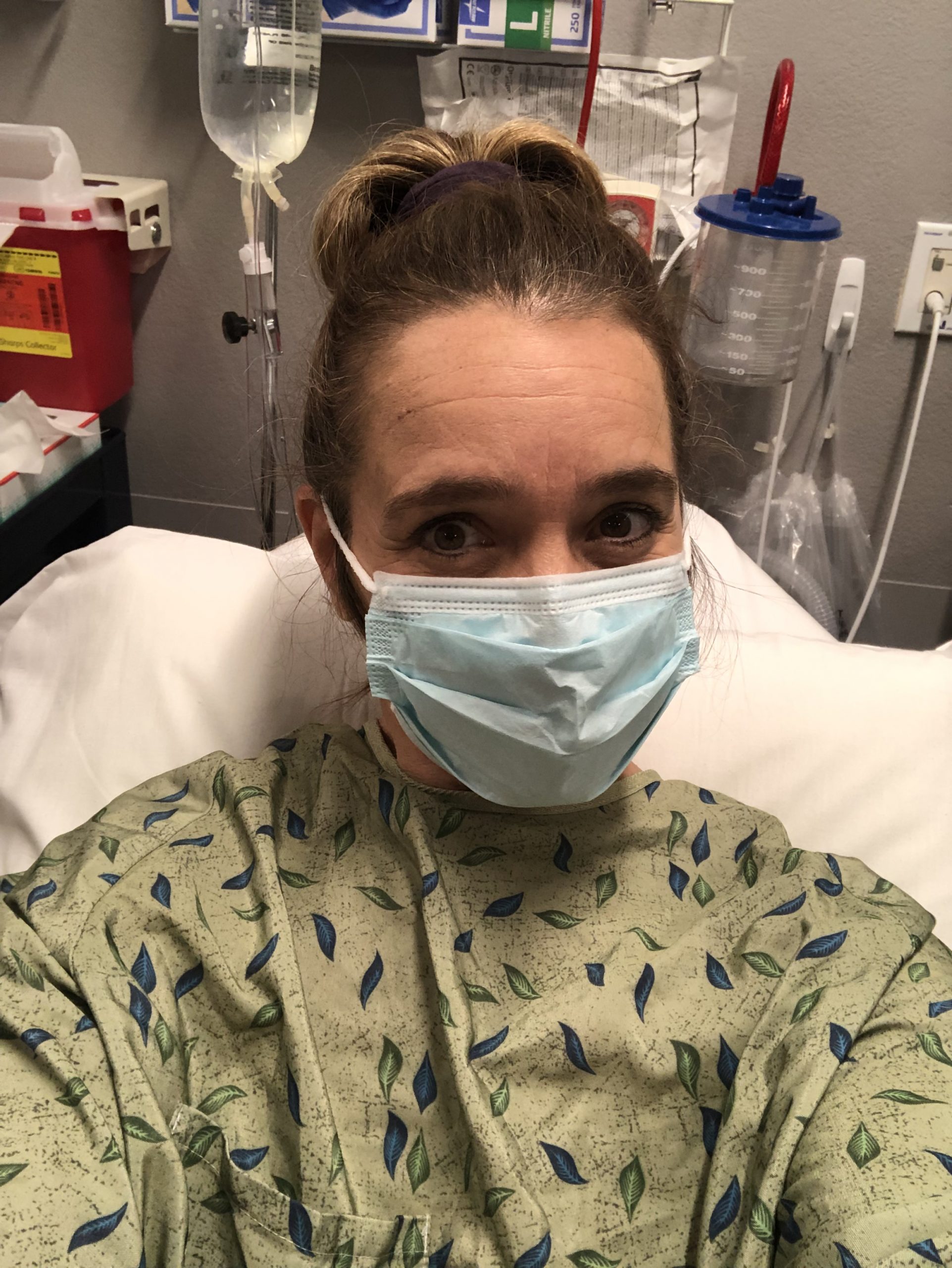 My final thoughts on getting a Colonoscopy

I will say that I’m happy I got a clean bill of health and don’t have to get another one for 10 years! As with other types of preventative care, I think it’s important to get a colonoscopy. Go into it knowing the night before the procedure is by far the worst part!  I don’t think there’s any way around it.  My actual procedure was super fast and I woke up from the anesthesia in less than 5 minutes.

Oh, a couple things on the actual procedure day (at least where I went)…you have to have someone drive you home.  While I did know that part, what I didn’t realize is that person has to remain at the surgery center the entire time. Either in the waiting room or their car. They also have to be 18 years or older – I was gonna have Kendall drive me home and learned this when we got there. I’m grateful my mother in law lives closely and was able to be there to pick me up since Jason has to leave to go over a home inspection with one of his clients.

In the end…if you’re 45 or older, you’re due for a colonoscopy.  I’ve talked to so many people who haven’t had one because they’ve heard horror stories of the prep thats involved.  And I won’t lie…the night before is not fun. But thats honestly the worst part.  I wish I had some good advice to give you to make that part better…but I really don’t.  It’s just part of the process. If you do get one scheduled…follow your doctors instructions.  Do the low fiber diet the few days before.  Don’t eat solid food or drink anything with red/blue dye the day before.  Stay hydrated and keep close to a bathroom the night before!

The one time that I’ll say reward yourself with some yummy food is after a colonoscopy…at least thats what I did!!! I was as definitely hungry after and so I indulged…and it was worth every bite! 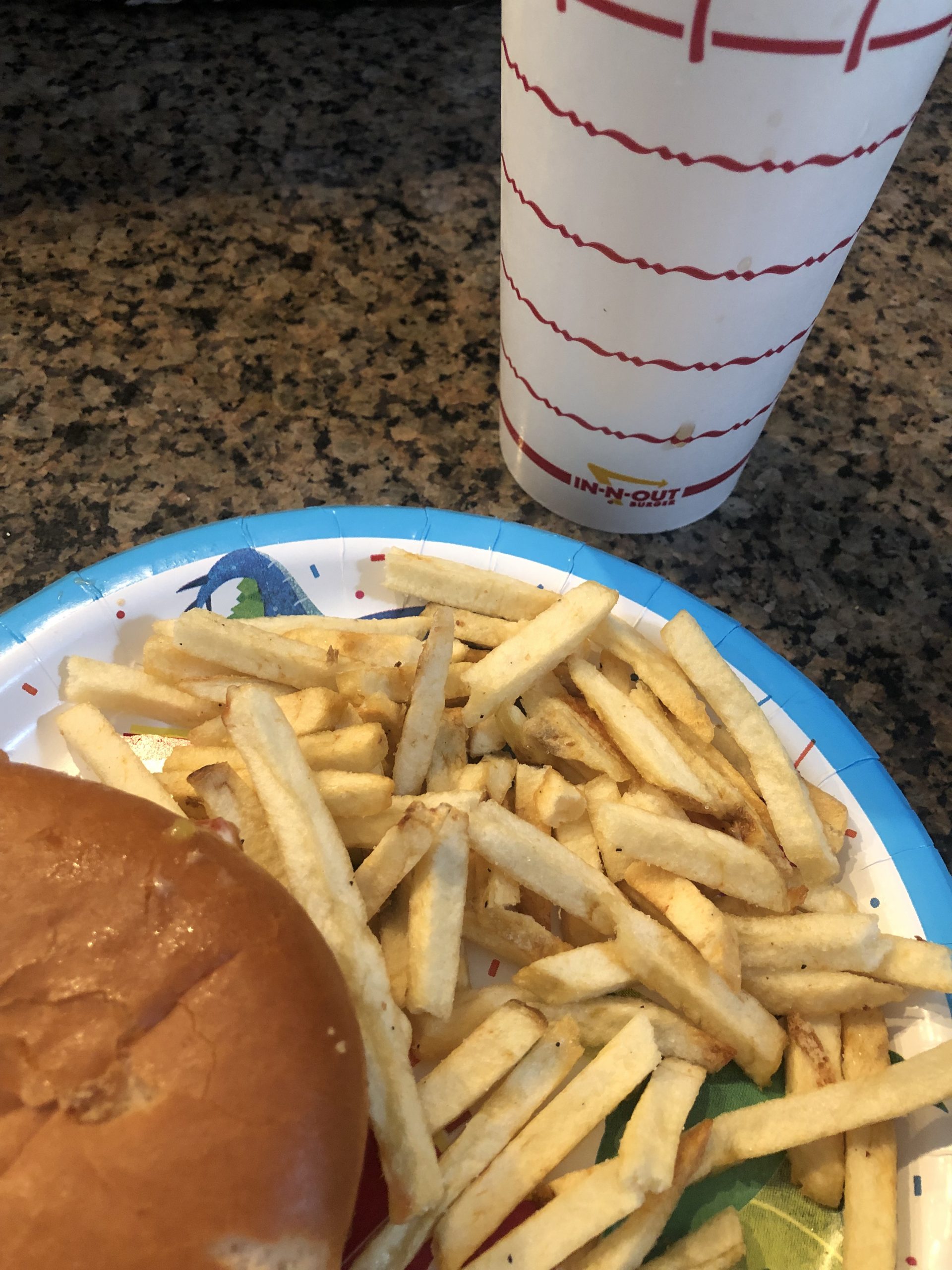 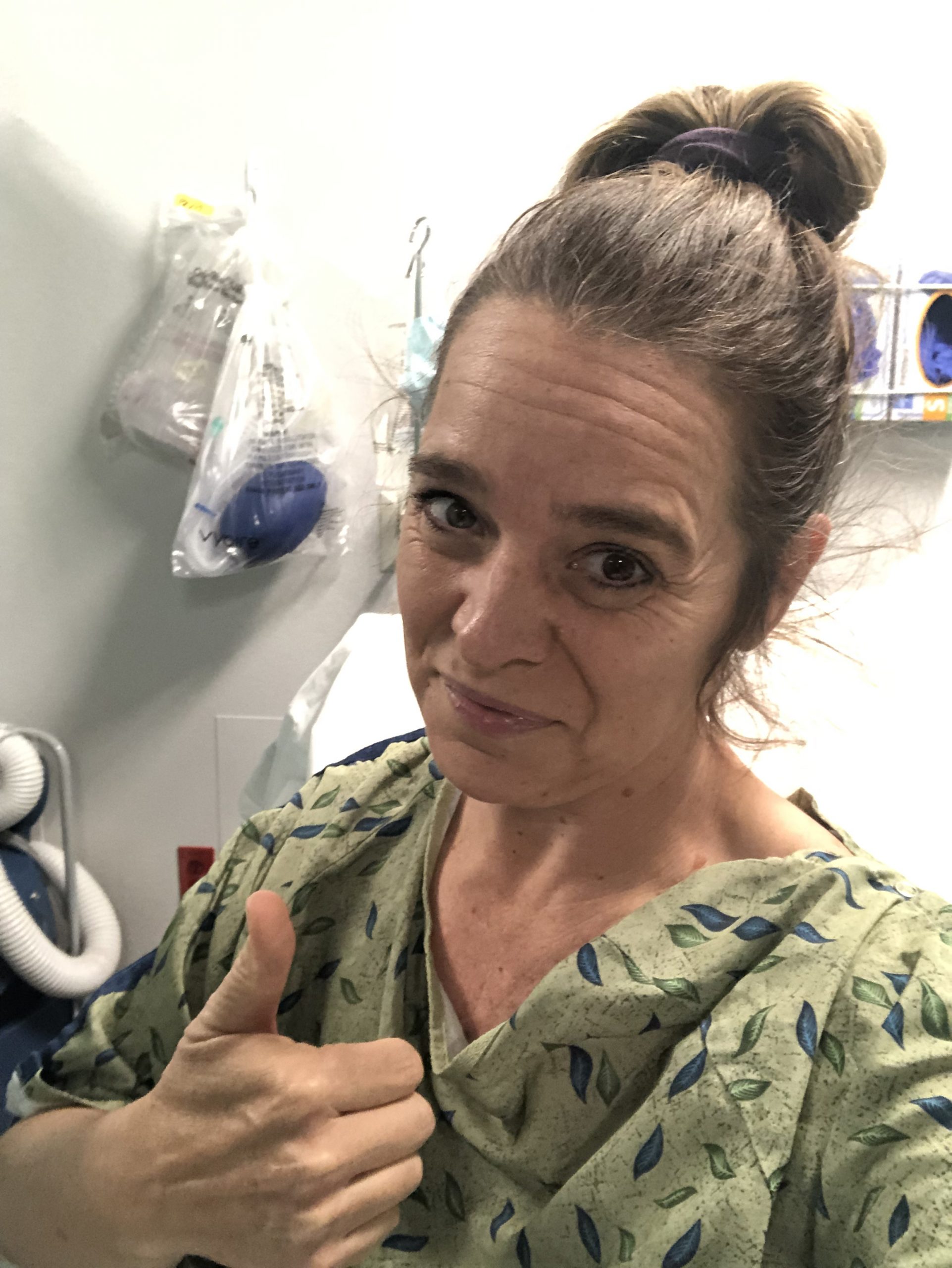 If you have questions, feel free to reach out. I’m not an expert by any means but would be happy to answer any questions you have! 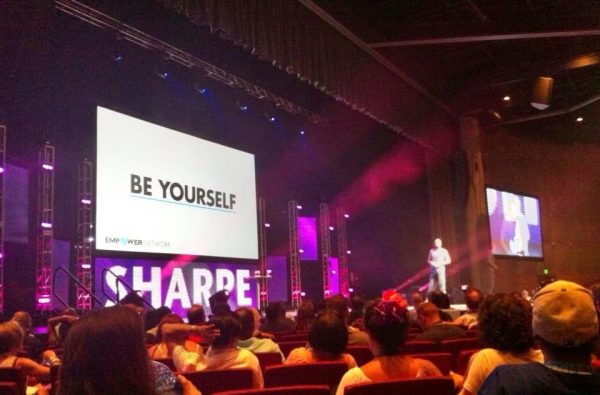